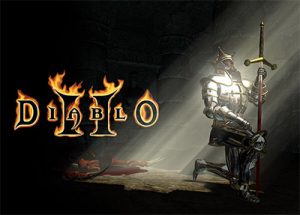 About my build:
I teleport fast and know how to up-charge, what else could I need?

Hotkeys
you’ll need to get good with hotkeys before you can start to learn how to use a smiter. switching to “throw weapon” or “FoH” while holding a left side namelock will allow you to teleport using your right click. these are the hotkeys I use:

Tactics
I’ll just list some cool tricks you can use on pally. if you want certain information on a match-up post here and I’ll give you my opinion on it.

Field-cast
field-casting is a legit way to prebuff in gm duels. all you need to do is fill your cube up with maras/shako/bk rings and replace a gc/sc in your inventory with your cube to carry it outside of town. then you switch gear, cast bo, and switch back to original setup. doing this takes a bit of extra time, but it does give higher life. also, you could potentially put in good swap items like widow maker without losing your cta.

Desynch
here’s the most effective way i found to desynch:
– make sure your opponent is on your map
– charge about a third of a screen(to build up desynch) towards an object(corner, puddle, or house, and it must be obstructing your path)
– right before you reach the object quickly move around it, and move back in the direction you were going
– once this is done correctly, you can charge whichever way forward you’d like and they’ll still see you stuck on the object. until they leave map, get hit, or you walk(not charge) you’ll be motionless on their map.
-generally try to do long, curving vigor charges

The up-charge
up charging is pre-charging directly upwards(cursor top of screen in the middle) in anticipation someone is about to teleport on you. it’s basically a way to get tons of free kills, especially vs. druids since it hits past summons. basically you’ll just hear yourself hitting them a bunch of times… if it stops you should charge down/away quickly. with good practice you’ll be baiting people a lot, using it as an offensive escape, and you should have an extremely good sense of when to use it.

FoH chainlocking
every time you smite someone they’re going to have swirls on their head for about 10 seconds. this is a huge opportunity to kill them using foh-chainlock. once those swirls appear your foh will put them into fhr animation, so you can foh>teleport>smite before they can move away. you should never foh until you see the swirls, unless it’s a sin with claw block. i suggest namelocking foh because if you spam it you won’t be able to follow it up with a tele-smite.

Team namelock / charge bug
the purpose of this trick is to see whatever is on your team mates screen while remaining very far away from him. in turn, you can namelock anyone he sees without being near them.

the first thing you need to learn is how to namelock your own team mates:
-hostile player a
-ally player a
-hostile player a two times quickly(it will say you can’t do it) and the swords will be stuck crossed, and you’ll still be allied(but not green.) it takes some practice, once you get the timing it’s just two clicks.

once you have that down, this is how you preform the trick:
-namelock charge your own teammate(you’ll only move on your screen)
-ask him to teleport as close as he can to another team but not leave your map(he won’t see you moving)
-on your screen you’ll be charging forward, and able to namelock enemies, but you won’t actually move. it’s a lot like maphack scroll(but legit).
-once you see someone near your team mate(remember you’re not actually near him) feel free to teleport smite them.

Back locking
back locking is a way to namelock someone while moving far away from them. all you need to do is be near the edge of your opponents map, do a long charge off screen while putting your cursor back on their name and namelocking them with throw weapon, or even a single teleport(usually what i do.) if you do this properly you can land very unexpected hits and sneaky hits.